Passage to Europe by Dimitra Kouzi

For 30 years now, Fotis Psycharis has been a primary teacher at a state elementary school in the heart of Athens. Reflecting the diversity of the neighborhood population, the majority of his pupils are refugee and immigrant children from Africa, the former USSR, the Balkans, the Middle East, and Asia, who often regard Greece as an convinient stop on their journey across Europe. Cultural differences, the lack of a common language, the Ramazan, Bollywood, the life lessons learned during the rehearsals for the graduation day performance, the hopes and fears for the future, all make up the unique reality of this class, consisting of 17 pupils from 7 countries. 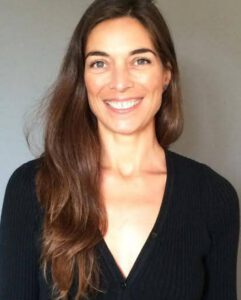 Journalist, filmmaker, documentary producer: “I look at the world with curiosity and joy, as if I discover it anew each day. I grew up bilingual (Greek-German) in Greece, a citizen of the world since age 6, when for 7 years in a row I would spend alone, with children from 5 continents, my summer holidays in the Alps in southern Germany, at a school full of colour, play, nature, were German was our lingua franca.”