Inspired by the life of the most prolific Greek female poet and lyricist; an extraordinary woman and artist, who has created a massive volume of timeless and popular songs.
As a refugee, she travelled from Smyrna to Greece, with only one little pillow clutched between her arms and her two children. She lived every day of her life, as if it were her last: She wrote incessantly on any surface she could find, she chain smoked, fell helplessly in love and gambled fearlessly in posh clubs and dirty dumps alike.
Her name means Happiness, but destiny made sure she knew very little of it. 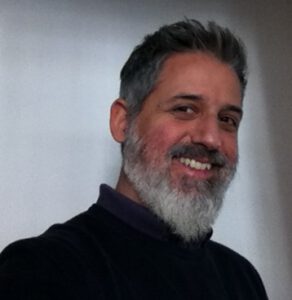 was born in Athens in 1970. He studied film direction at “INSAS” in Brussels. He has made 5 shorts and 6 feature films (“Polaroid”, “A dog’s dream”, “In the woods”, “Symptom”, “Still River”, “Eftihia”). His films have been screened and won awards at many international film festivals (Rotterdam, Torino, Hong Kong, Sitges, Sao Paolo, New Horizons, Munich, Istanbul etc.). Besides film directing, Angelos Frantzis has been involved in art projects with combined techniques (installation, performance) and has worked as a film critic, publishing reviews in various books and magazines. His latest installation “Got to be real” participated in Venice Biennale 2012.