The wall of the Greek cemetery in Trieste collapses, resulting in the destruction of tombs and monuments of the 18th and 19th century. The documentary follows the reconstruction of the cemetery through the stories of the people who had lived there. At the same time, a filmmaker wants to make a documentary about Rigas Fereos and the liberation movements of pre-revolutionary Greece on the occasion of the bicentenary of the Greek Revolution. Following the footsteps of Rigas in the Ottoman world and in Europe of the Enlightenment, the filmmaker will end up in Trieste, where he will meet the descendants of the large Greek community. His research will lead him to the community’s cemetery, the school, the church and the merchants’ palaces. While our director is in town, a group of ghosts from the past (and from history) leave the cemetery and return to the city to visit places, characters and situations left unfinished in the past. Are these characters a figment of the director’s imagination or are they “real” ghosts, who cross his path? They are events and episodes from the past that are nothing more than notes written in the margins of official history books. What do the European movements for liberation, independence and democracy teach us? And, above all, what do our western societies teach us today? 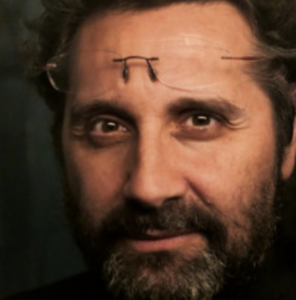