A woman is murdered in her own home every three days in Italy. And it’s not just an Italian problem. Violence against women is on the rise all around the world. “Femicide” is the intentional killing of a woman or girl by a man because they are female. Often the victim has just ended a relationship, or tried to break away from her partner. These murders are reported in the press as if they were an anomaly. The headlines imply that the man was depressed, or that the woman provoked him somehow. The root causes of femicide are rarely considered. Nearly 70 % of these women are killed by men they lived with. Most of the rest are killed by former boyfriends and ex-husbands. The problem is not unique to Italy. Most cases of femicide are preceded by physical abuse, threats or intimidation, sexual violence or financial abuse and dependence. Laura Roveri was 25 when her ex-boyfriend stabbed her repeatedly in a disco. Despite all the evidence to the contrary, he claimed he never intended to kill her, and only received a seven-year sentence. Femicidio looks into femicides in Italy. It focuses on cases that rocked the country and exposed misogyny in Italian culture, and reveals the macho mentality that leads husbands, ex-partners, and boyfriends to murder. 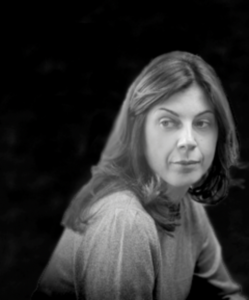 Nina-Maria Paschalidou is a documentary filmmaker, journalist, and producer. For years Nina has been an international reporter for “To Vima” and “Kathimerini”, the two major newspapers in Greece. From 2007 to 2011 she was a producer for “Exandas” Documentary Series, an Athens-based documentary group that has won many international awards. Her web documentary The Prism GR2011, www.theprism.tv, a multimedia project and film about the Greek Crisis was an Official Selection at IDFA 2011, a Finalist at the Picture of the Year Awards 2012, and won a Webby Award in 2012. Her film “Kismet”, co-produced with Al Jazeera and ARTE and other networks nominated for the IDFA 2013 Best Mid-Length Documentary Award, the PRIX EUROPA 2014 Best European Intercultural Television Programme Award (TV IRIS) and the VIII Ahmed Attia Award 2014 at Medimed. She is also the owner of Forest Troop, www.foresttroop.com, an independent documentary group and co-owner of www.protagon.gr, a news blog created by prominent Greek journalists. She received her undergraduate degree in Mass Communications at Boston University and her graduate degree in Entrepreneurship at Bentley University. She has studied film at La Femis in Paris and at the NYU in New York. She is also a Fellow in the School of Foreign Service at Georgetown University, in Washington D.C.