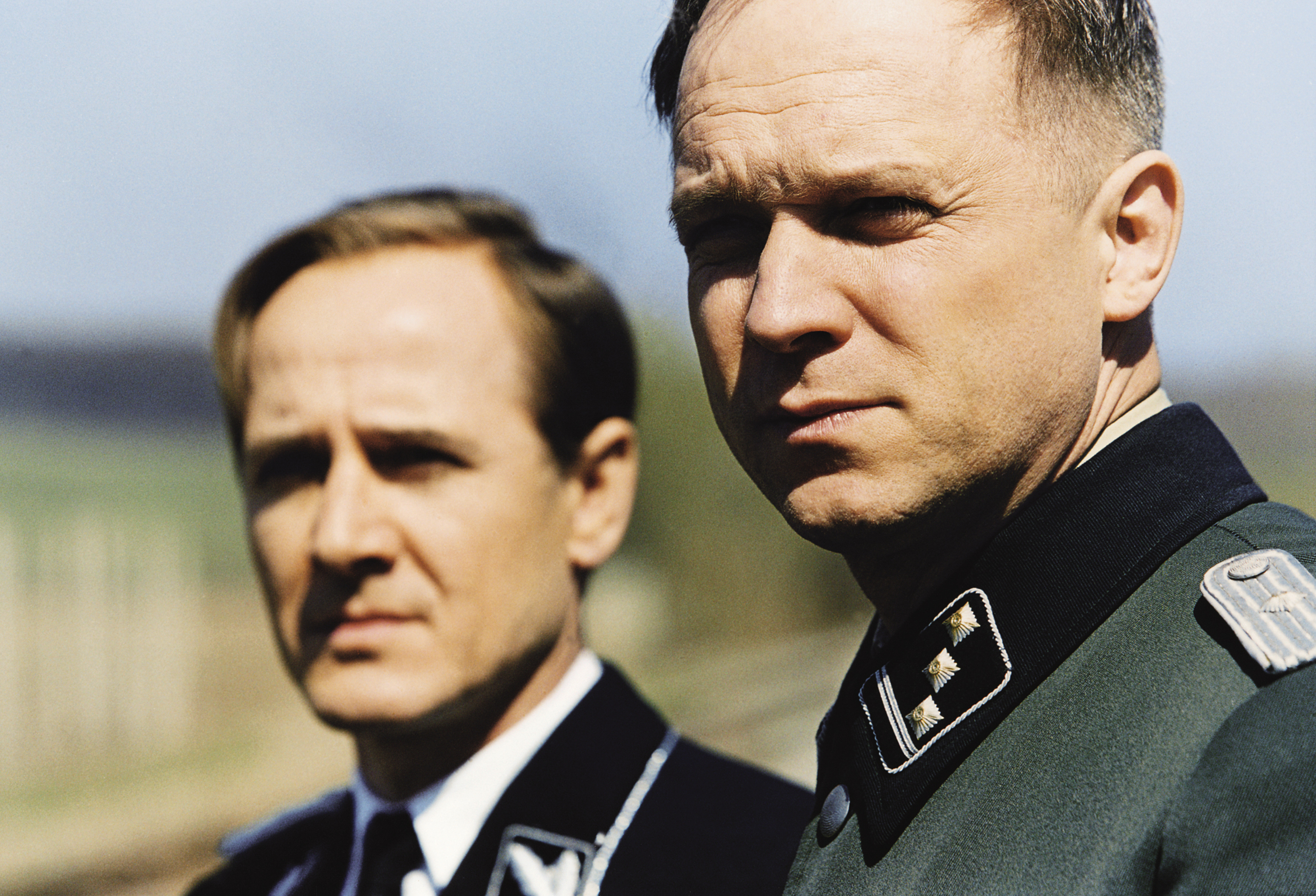 Kurt Gerstein, a brilliant German scientist, is recruited into the SS during the opening years of the Second World War. Assigned as a sanitation engineer, Gerstein is sent to the Eastern Front to supervise water purification for the German Army. Soon after, however, he is asked to help with a “special project” involving fumigation of “vermin infested” areas behind the front lines. Gerstein develops Zyklon-B, a deadly chemical gas which Gerstein believes will be put to use killing rats, lice, and other disease carrying creatures. However, when Gerstein realizes that his invention will be used to kill not animals but people, he begins an emotional search of his Christian values and ultimately decides to betray the SS by attempting to expose the Holocaust by way of informing the Catholic Church.

is a Greek-French film director and producer, who lives and works in France. The list of awards and nominations he received is long, among them is one Academy Award, one Golden Palm, one Jury Prize and one Director Award at the Cannes Film Festival, one Golden Bear at the Berlinale and One César.

Costa-Gavras was born in 1933 in Arcadia, Greece. His family moved to Athens after the war. His father had been a member of the Pro-Soviet branch of the Greek Resistance and was imprisoned during the Greek Civil War. His father’s Communist Party membership made it impossible for Costa-Gavras to attend university in Greece, so after high school he went to France, where he began studying law in 1951. In 1956, he left his university studies to study film at the French national film school, IDHEC. After film school, he apprenticed under Yves Allégret, and became an assistant director for Jean Giono and René Clair. After several further positions as first assistant director, he directed his first feature film, The Sleeping Car Murders, in 1965. Costa-Gavras is known for films with overt political themes, most famously the fast-paced thriller Z (1969). Other successful films include Missing (1982), on the desaparecidos (“disappeared persons”) in army-ruled Chile; Betrayed (1988), on the rise of a white-supremacist group in America’s heartland; and Music Box (1989), on the prosecution of a Nazi war criminal in the US. In 1997 he directed Mad City, which starred John Travolta and Dustin Hoffman. Costa-Gavras cowrote and directed Amen. (2002) and The Axe (2005), about a frustrated unemployed man who decides to kill the other people competing against him for a job. His later credits include Eden Is West (2009), a drama about illegal immigrants, and Capital (2012), which explores corporate corruption and greed.