In their luxurious villa near Athens, Mariella and Pavlos, a couple on the brink of financial ruin, are about to celebrate the long-awaited wedding of their daughter Sofia to a wealthy heir. Then, a dodo, a bird that became extinct 300 years ago, appears, dragging all the protagonists into a crazy round. The situation will soon be out of control. 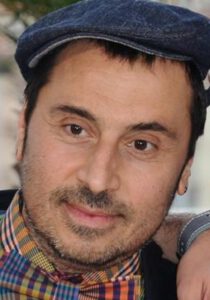 Panos H. Koutras was born in Athens. He is a film director, film producer and screenwriter, who made his debut with the feature film The Attack of the Giant Moussaka (1999), an independent science-fiction parody, which gained international recognition in France and Japan and is still considered a cult classic. Koutras has directed, produced and written three more films: Real Life (2004), a French-Greek co-production, selected at the Toronto International Film Festival (Contemporary World Cinema); Strella (2009), selected at the Panorama at Berlin International Film Festival; and Xenia (2014), selected for the Un Certain Regard competition at Cannes Film Festival. His latest film, Dodo (2022), a Greek-French-Belgian co-production made its world premiere at the 75th Cannes Film Festival.