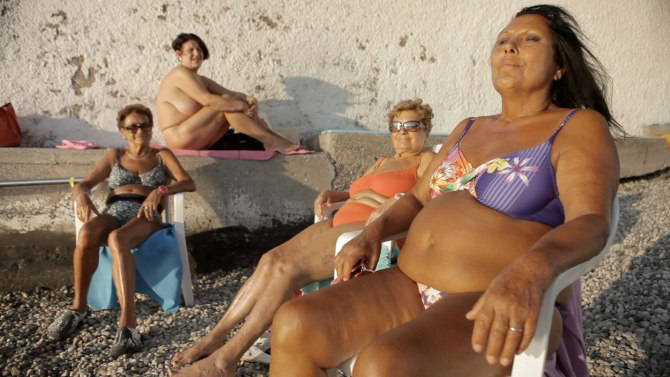 THE LAST RESORT describes the lives stories of beach-goers revolving around a very popular beach located in Trieste, in the Northeast of Italy, where a wall still separates men from women. A film about boundaries, identities and discrimination. A tragicomedy on human nature.

Thanos Anastopoulos was born in Athens. He studied Philosophy at the University of Ioannina (Greece) and made his post graduate studies at the University of Paris I and at the Ecole des Hautes Etudes en Sciences Sociales.
He has directed two short films, two documentaries and two theatre plays.

In 2004 his first feature film “Atlas – All the weight of the world” premiered at the Rotterdam Film Festival.

In 2013 Thanos Anastopoulos directed his third feature film “The Daughter”. The film premiered at the Berlin Film Festival (Forum), won Best Directing, Best Screenplay and Best Photography at the Hellenic Film Academy Awards and made its North American premiere at the Toronto Film Festival.

In 2016 his latest film “L’ultima spiaggia” (co-directed with Davide Del Degan) made its world premiere in the official selection of Cannes Film Festival.