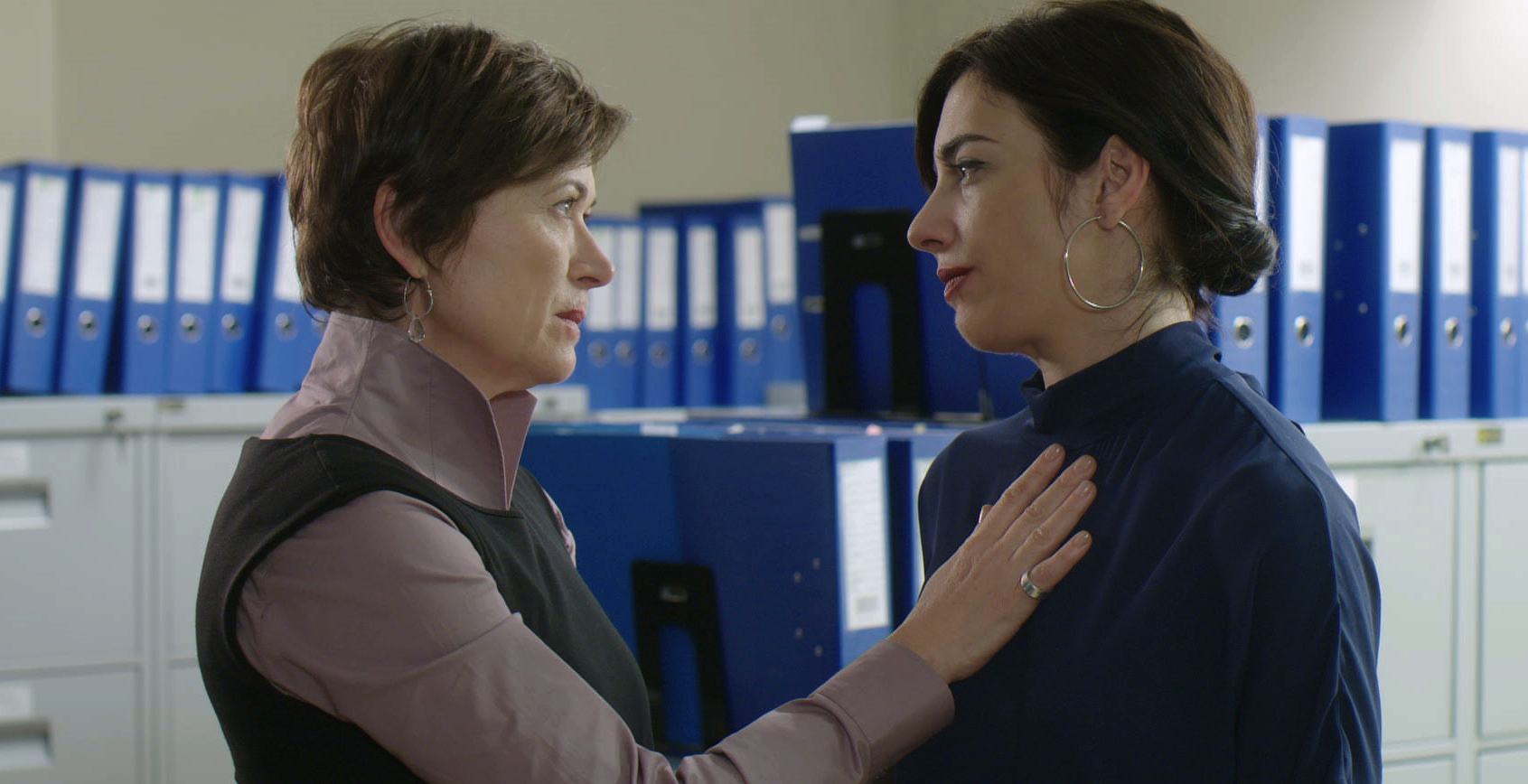 The established LGBTQI Outview Film Festival from Athens visits Hellas Filmbox Berlin for the second time. The feature film S.M.A.C. and the short film Half Life Filme will be presented by the director of Outview Maria “Cyber” Katsikadakou.

S.M.A.C.A dying woman opens her home to a homeless man -an attempt to beat her death fear, just to find out that it is not death she fears the most.

Born in Famagusta of Cyprus. He studied Theology at Athens University and Cinema at Stavrakos Film School. He also followed seminars for screenwriting, acting, lighting and editing techniques.

He directed one theatre play, seven short films about thirty documentaries and two feature films: ‘Fish n’ chips’ (2011) and ‘Smac’ (2015). Both films had been participated and awarded in many film festivals. He worked as a screenwriter, and film editor in more than fifty shorts and documentaries. He also worked as 1st AD in five feature films.

In 2009 he teaches ‘Film making technigues’ at the department of Film Studies at the Aristotle University of Thessaloniki. Since 2010 he teaches Cinema at the New Greek Theatre – Giorgos Armenis. In 1992 he teaches ‘Acting for the camera techniques’ for young actors at the Greek General Secretariat for Youth. On 1999-2002 he works as an assistant Director at the Panorama of European Cinema in Athens. Since 2016 he works for the Greek National Television as a Commissioning Editor.

Since 2016 he works as a commissioning editor at the Greek Broadcasting Corporation (ERT SA).

Half life – by Nicolas Pourliaros

Nikolas Pourliaros present at the screening!

Harry is a young man in his thirties, who lives in Athens. We find him in the most difficult period of his life. He doesn’t have any money, he doesn’t have a job, they have cut his water supply because he could not pay the bills for his apartment. He is desperate and we see him taking a risky decision for his future in order to survive in Greece in the time of crisis.

was born in Thessaloniki, Greece. He studied journalism and film direction. For the last fourteen year he worked as a columnist for several established greek magazines. Cinema is his big passion. He has directed 4 short films and has written two theatrical plays. At the moment he is editing his first feature film “time is up”. He prefers black and white in his work.

is the creator and director of “Outview”, Athens’ international LGBTIQ film festival. In April 2016 she will present the 10th edition of this annual event. Through her background in photography, graphic and web design and film, she has been able to showcase her work internationally, always containing lesbian images and themes, and she has been bringing influences back to Greece through cultural events dating back to the early 1990ties under the title “Cybedykes” culture events for lesbian visibility. She is one of the first lesbian activists of the Greek Gay & Lesbian scene in Athens. She has been an active member of the Greek Homosexual Community, Lesbian Group of Athens and many other LGBT groups in Greece since 1986. In 2000 she created and still runs the biggest Greek Lesbian Portal www.lesbian.gr. From 2000 to 2005 she ran and presented the first and only weekly Greek Gay and Lesbian Radio Show in a FM station in Athens. The show was censored in January of 2005, witch led her to start a web radio in 2007 called Mind Radio. www.mindradio.gr In 2005 she organized “The 1st Gay and Lesbian pornographic art film festival” in Athens. After contracting diabetes type 1 in 2009 her focus has shifted more into strengthening the diabetic community where she created the portal www.glykouli.gr.