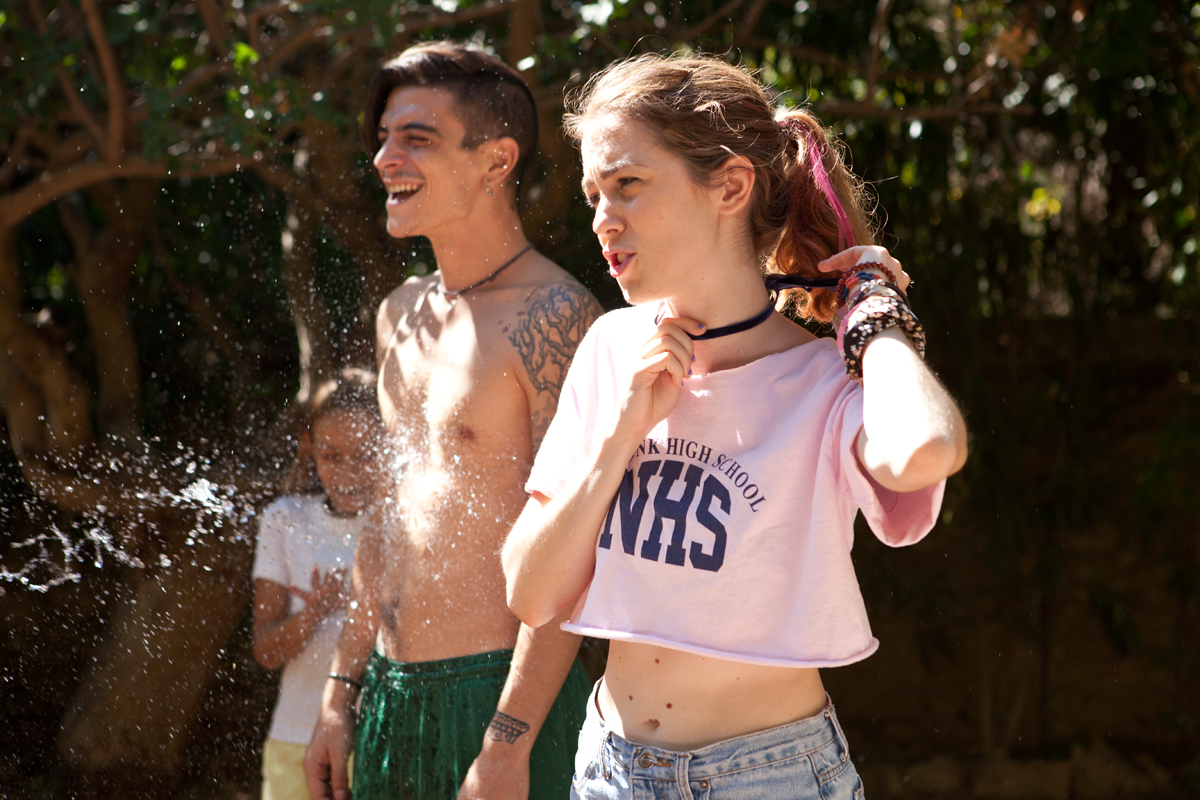 A boiling day in Athens, Greece. Stephanos, the eldest brother, is working out, while his mother is planning on a day-out.

After another intense fight between them, Stephanos is left alone to take care of his two younger siblings and Lucy, their family dog. Lucy is sick.
The day goes by smoothly with summery laziness, among pizza boxes, adolescent flirt and a phone that remains unanswered.
What will dramatically change their day is Lucy’s death. Yet, more changes are in store for the family , and they will be revealed to them, when Stephanos picks up the phone. It was the last care-free day of their lives.

was born in June 1989, in Athens, Greece. She was raised up in Thessaloniki from 1996 onwards.
She received the MA in Filmmaking with distinction, from the renowned London Film School, in 2013. Her graduation film “Thirteen Blue”, her first coming-of-age story, had a successful festival life. Among numerous festival official selections, the film won the Golden Egg Award in Reykjavik International Film Festival, as well as the 1st award in Athens Film&Video Festival, Ohio and she was shortlisted to go for the Oscar Academy Award run, which she did not, due to lack of financial support.
In July 2014, she won the screenwriting award for her script “LUZ,” in the context of Patmos International Film Festival, and went into production with the support of OTE TV.
In August 2014, she was selected to participate in Talents Sarajevo 2014. In October 2014 she participated in Reykjavik International Film Festival Talent Lab. In December 2014, she received funding from the Greek Film Center for her script “FOX”.
Jacqueline participated in Berlinale Talents 2015. Her script “FOX” participated in Berlinale Short Film Station in the same year, with mentor Pavel Jech.
In summer 2015, alongside the pre-production of “FOX”, Jacqueline was selected to participate in Athens Film Lab with her project “HIWA”, and she was one of the seven final winners to get the funding for production, provided by the Athens International Film Festival.
In April 2016, she was invited as a jury member for the sole LGBT film festival in Greece: Outview Film Festival.
Currently she tries to make her last shorts shine in the festival circuit, and at the same time she moves into the development of her debut feature film “SELINI 66”, a dark coming-of-age film centered around an unordinary father-daughter relationship.