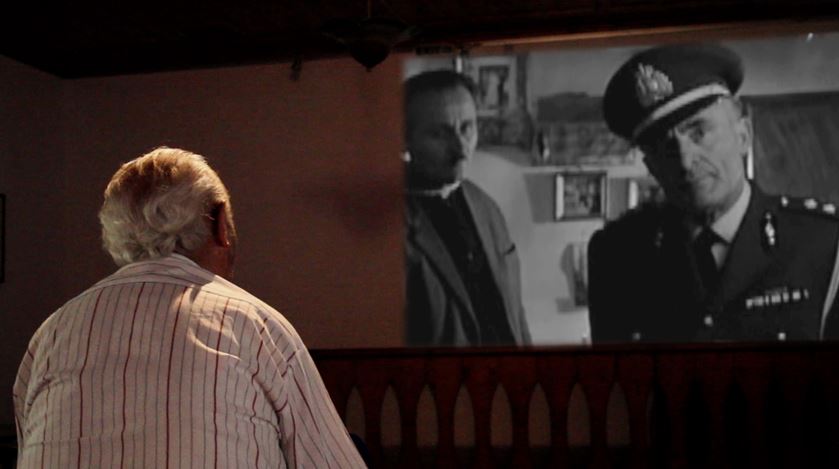 The noose around the neck of Lefteris, an extra in Theo Angelopoulos’ legendary film «Reconstruction». Α screening for him 44 years later. The noose is still there. Everything now acquires a different meaning for him as he looks back with the wisdom, the bitterness and the humor of his 92 years.

His films have won awards at festivals, were screened in movie theaters, were broadcasted in foreign and Greek television channels, received many rave reviews, and are used as educational material in Universities both in Greece and abroad.

With the documentary film “Kisses to the Children” he often tours for screenings and discussion sessions in Universities in the USA, Canada and Europe