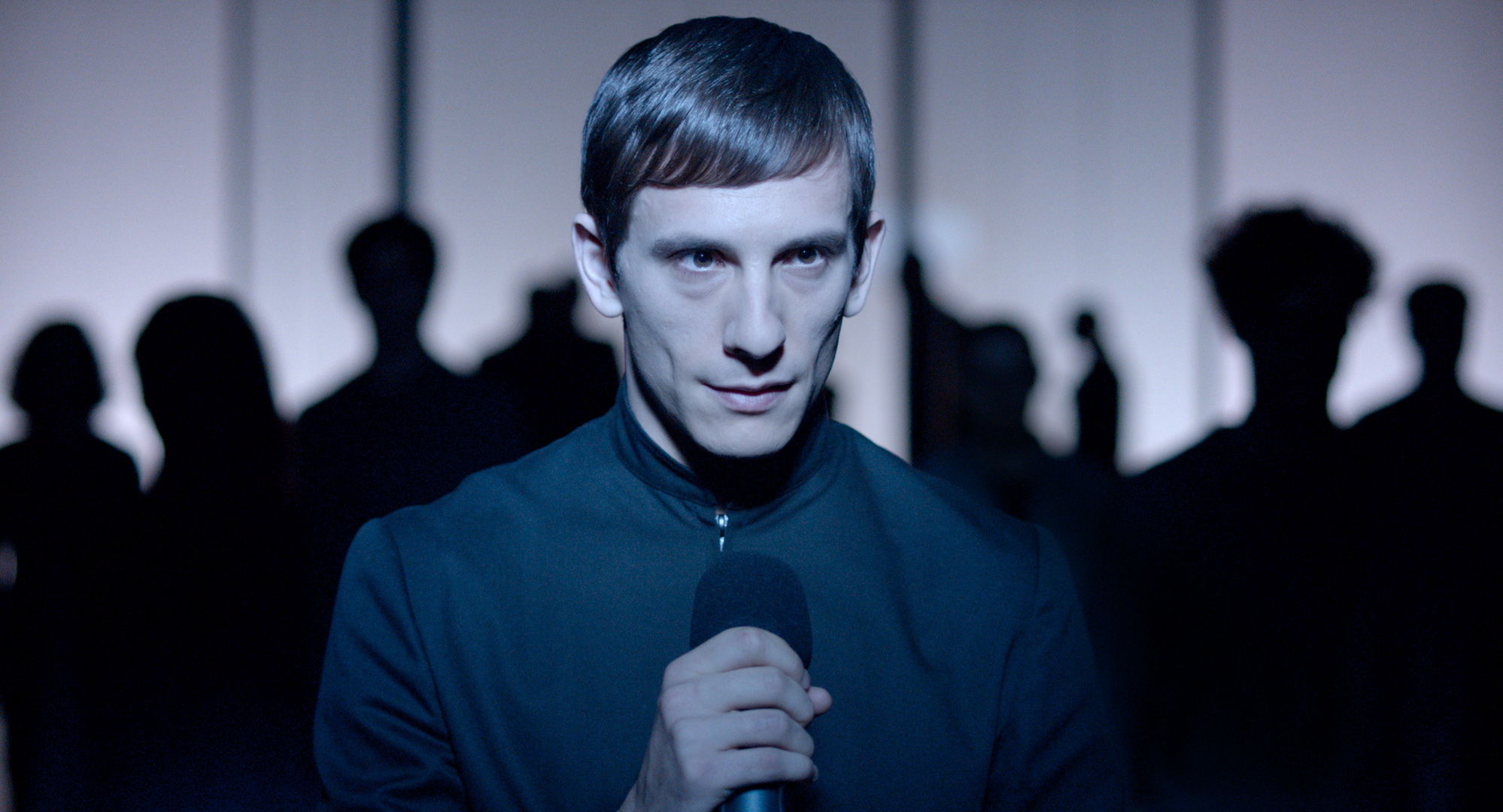 A post modern theater adaptation of a classic Greek tragedy takes place in a central theater of Athens. Like every night, the audience take their seats and the play begins. Suddenly, the lights on stage go out. A group of young people, dressed in black and carrying guns, come up on stage. They apologize for the interruption and invite people from the audience to participate on stage. The audience is captivated by the ambivalence, still not realizing if this is part of the play or not. The play resumes with a main difference; life imitates art and not vice versa.

was born in Athens in 1982. He studied applied math, nuclear physics at the NTUA and film direction in Athens and Berlin. His debut short film, Casus Belli, premiered at the 67th Venice Film Festival in 2010 and was selected to the official competitions of the most important international film festivals, winning several awards and distinctions, including best short film by the Hellenic Film Academy. His second short film, Out of Frame, premiered at the 69th Venice Film Festival in 2012 and won the EFA award for the Best European short film and several distinctions for its visual form and concept of narration. Interruption is his first feature film, the

script of which was awarded the development prize by CNC at Cinelink 2011, a production award at the Torino FilmLab 2012, and was selected at L’Atelier in Cannes IFF 2013 and the Venice Gap Financing Market 2014. He lives and works in Athens.