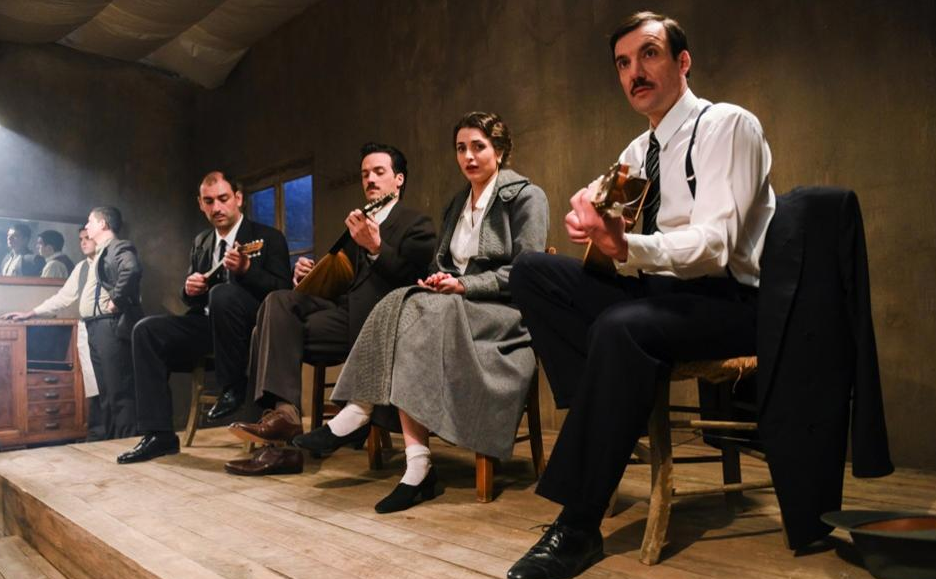 “Cloudy Sunday” unfolds the forbidden love story between a Jewish girl and a Christian boy during the German occupation in Thessaloniki in 1942. The racist laws have been implemented and the only place to escape the hatred and inhumanity is a small club, where Vasilis Tsitsanis fills the hearts and minds of people with his beautiful rebetika folk music. Despite the resistance, the persistent hunt for the Jews gradually spreads and suddenly simple choices become life-changing decisions. Based on the book “Ouzeri Tsitsanis” by George Skarbadonis.

has directed five feature films, “Bartholomew” (special mention San Remo film festival 1972), “The Enchantress” (best script, music and editing at the Thessaloniki festival, best cinematography at the Chicago children film festival, official selection at the Berlin Children’s film Festival, European Parliament award at the Giffoni Film Festival, Italy), “Power” , “Red Dragon”- “Cloudy Sunday”. He has directed eleven theater plays, ten TV films and twenty TV series. Three of his series, got best series award, best directors award and all twenty are included at the top ten of the rating lists with one of them having ratings of 73%, a record unsurpased till today.

It is important to mention that the subject matter of his most succesfull works is concerned with the denunciation of intolerance.

He and Maria are cultivating olive trees in Sparta and Corinth, and produces supreme quality extra virgin organic olive oil and table olives.

In his free time he enjoys participating in open sea sailing races and roaming the sky with his telescope.