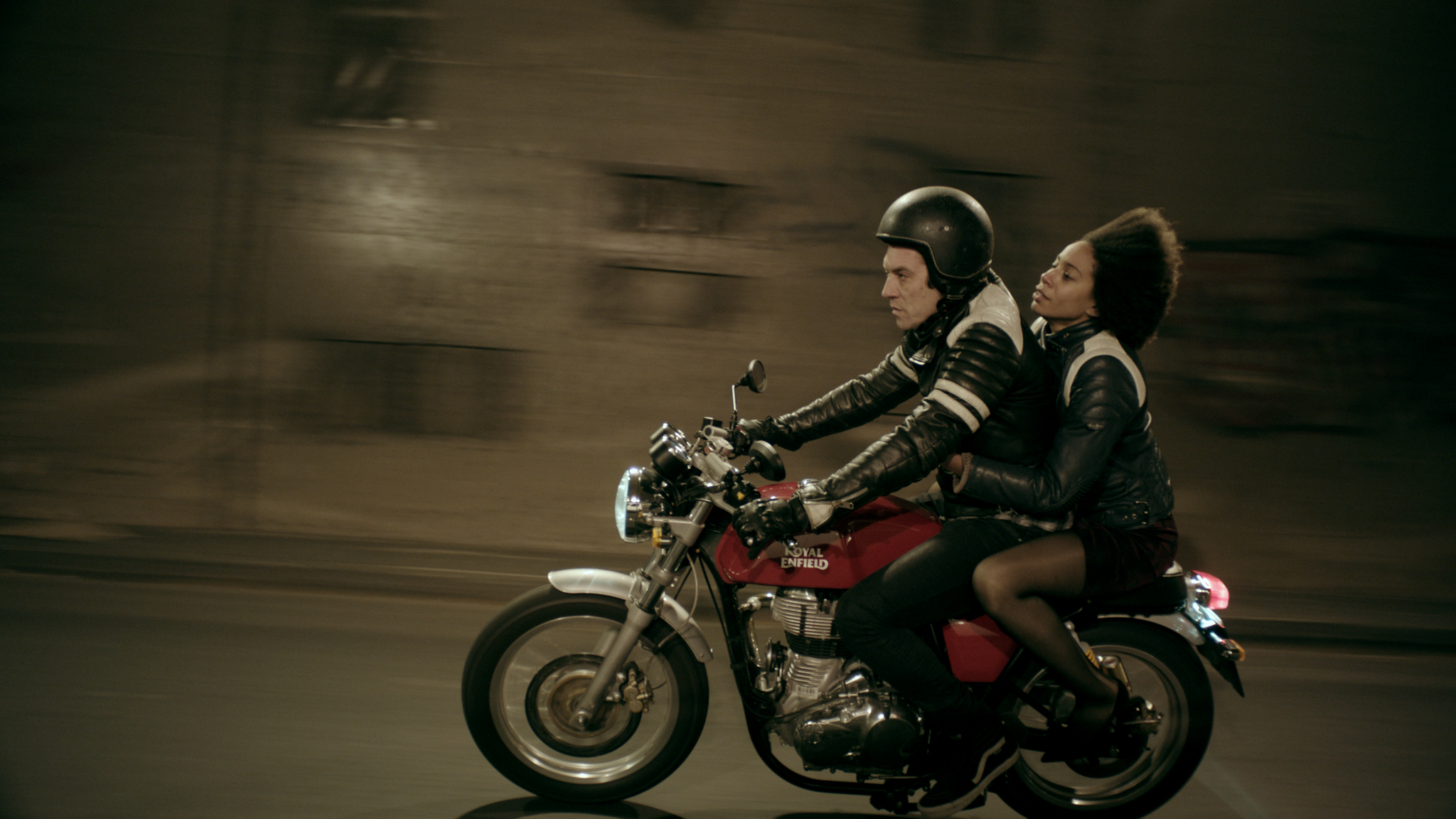 Athens 2016. A fast paced triptych revealing the opposing forces of today’s humanitarian challenges.Nakos, a banal racist, had enough of the thousands of refugees in his neighborhood.Tarek, a Syrian ex-Military doctor is looking for a deal to smuggle out of Greece with his daughter.Billy a tattoo artist falls in love with Tereza, an African singer who is also looking for an escape by the sea. The three stories merge whenNako’s malicious acts stop Tereza’s and Tarek’s smuggler Hassan. Their illegal trip is interrupted and they have to find another way out.While time is running out for everyone, Billy steps in to organize the escape.

Yannis Sakaridis
was born in Skydra, a small town in the north of Greece, in 1968. At the age of19, he moved to London to study Photography and History of Art at the London College of Printing and Film, at the University of Westminster. He became a member of the Legendary London Film Makers Co-Op where he started directing short films, like BUSKERS (1995), SQUADDING IN HACKNEY (1993), DOGKILLERS (1996), MAUSOLEUM (2004). He continued working as a professional editor on seven feature films in UK and Greece, like: SCREAMIN’ JAY HAWKINS: I PUT A SPELL ON ME by Nicholas Triantafyllidis (2001), O VASSILIAS by Nikos Grammatikos (2002), A WOMAN IN WINTER by Richard Jobson (2006); on film trailers for Warner Bros, like: MIDNIGHT IN THE GARDEN OF GOOD AND EVIL by Clint Eastwood (1997), THE GENERAL by John Boorman (1998), EYES WIDE SHUT by Stanley Kubrik (1999); and on many documentaries for the British TV, like: VELVET GOLDMINE for Channel 4, CLASH OF THE TITANS: RANGERS/CELTICS for BBC2, CARNIVAL FACES for National Geographic.

After eighteen years in London, he wrote and directed his short film TRUTH, the first one shot in Greece, which won a Honorary Prize at the Greek State Film Awards, a Special Jury Prize and Best Music Award at Drama International Film Festival, and was one of the Tiscali Best Shorts Selection at Raindance Film Festival.