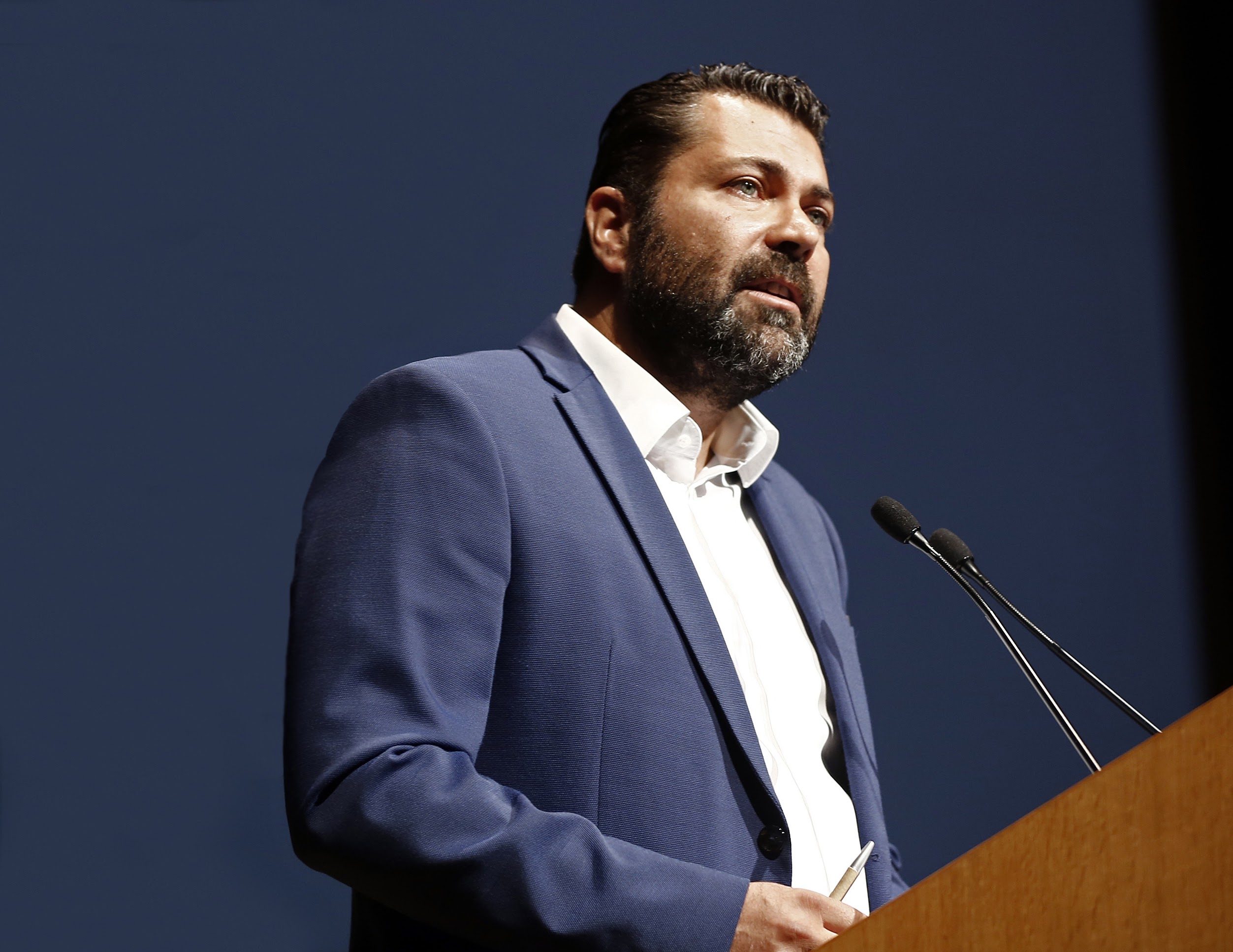 A speech on the growth of the audiovisual industry and the new financial motives of making films in Greece will be given by Lefteris Kretsos, Deputy Minister of Digital Policy, Telecommunications and Media in the context of the 4th Hellas Filmbox Berlin (16.-20. January 2019). The speech and the following discussion with professionals, journalists and the audience is entitled “Audiovisual Industry: Α Growth Challenge for Greece”.

Cinema, television, video games and the new entertainment platforms consist fertile grounds for growth being incorporated into the new growth law. Upon his appearance at the 4th Hellas Filmbox Berlin the Deputy Minister will analyse the parameters of the new term “cash rebate” –the financial return of 35% of any production expenses made in Greece- and the new “friendly” financial environment that enhances the motives to make audiovisual productions and co-productions in the country. Mr. Kretsos, among others, will answer queries regarding:

Lefteris Kretsos holds a PhD in Industrial Relations. Up until 2015 he served as an Assistant Professor of Industrial Relations and Human Resource Management at the University of Greenwich, London. Recently he has participated in European research and academic programs on industrial relations and social rights. He has published several related books on the subject matter. In 2015 he was appointed General Secretary of Information and Communication, and from December 2016 until August 2017 he served as General Secretary of the Ministry of Digital Policy, Telecommunications and Media. In August 2018 he was appointed Deputy Minister at the Ministry of Digital Policy, Telecommunications and Media.