Nafplion 1831. Count Ioannis Kapodistrias, a leading European diplomat and the first governor of free Greece, is alone for the last twelve hours before his assassination. The man who took over a devastated country to build a state from scratch is attacked by English newspapers and threatened with death. That night, the people who marked his life come to life in his memory, rewriting his history and the dramatic beginning of the newly formed Greece. 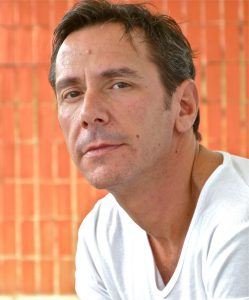 has been twice awarded with the International Film Critics Award (Fipresci), once for each of his two features (for his debute film “The City of Children” and for his second feature “Silent”). He was born in Athens, the city he still lives in. He studied cinema at the Likourgos Stavrakos Film School. He has worked in cinema, theatre and television directing films, documentaries, stage plays, TV series and commercials. He also won the Best Film Award (Greek Federation of Film Critics) and three Hellenic Film Academy Awards for “The City of Children”.