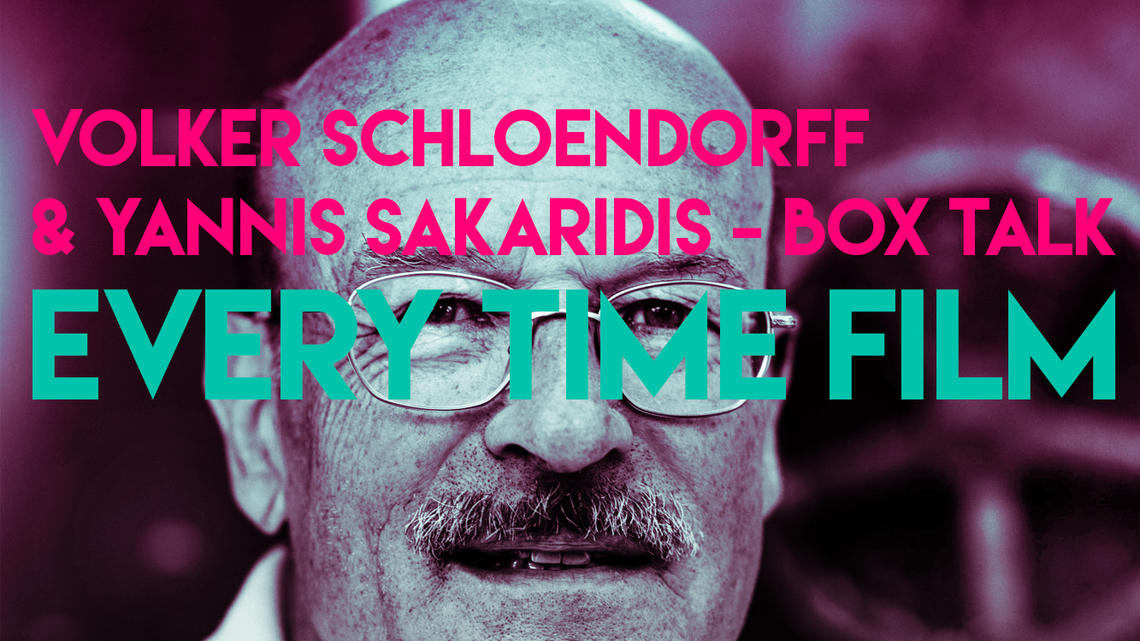 A dialogue between Volker Schlöndorff and Yannis Sakaridis

Oscar winner Volker Schlöndorff in a BOX-TALK event together with Yannis Sakaridis, one of the most talented and well-known filmmakers in Greece.

This German-Greek encounter promises to be an exciting discourse: about one’s own and others’ films, about the experience as a filmmaker during the Europe’s break up, right at the beginning of the 21st century. The two directors will show and comment on selected film abstracts.

The discussion will be moderated by film scholar and festival director Ioanna Kryona.